We need every dealer to join with us in this fight! 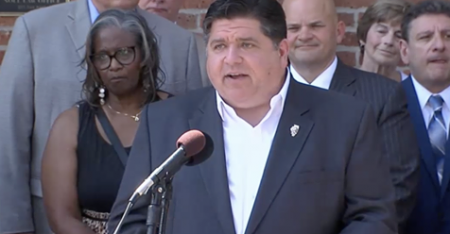 Due to a new broadening of the sales tax, Illinois residents won’t get as much back in value when they trade in their cars for new ones.

Pete Sander, president of the Illinois Automobile Dealers Association, said it could mean Illinois residents put off getting a new car or won't be able to afford as much car as before.

“There’s no question that it could have a large impact on the industry,” he said, adding that a tax on the trade-in value of a car amounts to taxing the vehicle twice because it was taxed once at the original purchase.

Some Illinoisans may look to buy a car in another state, but Sander said it’s not something they can bypass at an out-of-state dealer.

“According to the tax code, there’s a provision that the state can collect that in [the registration change] and you’d be required to pay that tax but that might happen thirty or sixty days after the sale,” he said.

The association hopes to negotiate a better deal with lawmakers in the coming veto session.

The tax, Sander predicted, will mainly affect luxury cars, but it will affect more mid-level family cars over time as inflation eventually increases the cost of vehicles.

According to financial site Zacks.com, 42 of 50 states offer some sort of credit for the value of the traded-in car, most exempt the net cost of the trade-ins, as Illinois will do until 2020.